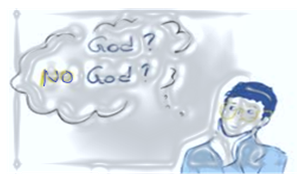 It’s already well protected! Marque Lawyers managing partner Michael Bradley called the proposed Religious Freedom Act “an entirely unnecessary law”, arguing that no one has yet established a clear case for its enactment.

The Expert Panel Report Religious Freedom Review (Ruddock Report) to the Prime Minister in May 2018 concludes that religious freedom is well protected now, and any case of suppression of having or practising one’s existential beliefs (religious or otherwise), should be dealt with through current anti-discrimination laws, with appropriate consideration of existing exemptions.

The Australian Law Reform Commission is still considering the question of religious organisations’ exemptions from discrimination law. It won’t report until April 2020, including on matters that involve some of the proposals in these bills. So, what’s the hurry?

As it stands, the Bill establishes as a legal fact that the freedom of institutional religion is more important than the freedom of individual religion, let alone non-religious belief, since the former trumps the latter, as offending the ‘sensibilities’ and ‘ethos’ of religious institutions is a ground for discrimination, no matter what one's beliefs may be.

Apart from confusion (‘religious belief’ includes not having a religious belief), complexity (‘discrimination’ takes 3 pages to define), and potential legal density, overall, the bill creates a two-class society, based on perceived sinfulness. Those considered ‘sinful’ (such as those who are LGBTI+, single mothers, divorcees, women seeking reproductive services those seeking voluntary assisted dying and non-religious aged) are considered unworthy of being treated as equal before the law, for the perception of being sinful is enough to disrespect the rights of others.

Associate Professor Beck of Melbourne University has argued that the bill as presented may breach the Constitution under the foreign affairs power by allowing health practitioners to refuse treatment, by failing to provide for human rights.

Rather than recognise the indivisibility and universality of human rights, the bill privileges one human right over all others. It will make life excessively complex and uncertain for employers, sporting organisations and basically everyone except religious bodies.

In reviewing the Religious Freedom legislation there is no mention of discrimination against those with no religion. What about the discrimination against them, which occurs because of the privileging of religion by allowing the denial of services, including health care, goods, employment and the allowance of any speech no matter how harmful or offensive?

Then there are such examples as the influence of religion in politics, where prayers begin parliamentary sessions, religious ceremonies are used to start the parliamentary year and sittings of parliament. Religious views are an accepted basis of policy and play a significant part in policy formation, whether this is acknowledged or not.

Religious bodies, enjoy publicly funded exemptions, simply for being ‘religious’, without further consideration of charitable works, and even their commercial enterprises can be tax-free. They also enjoy freedom from rates and other financial benefits at public expense.

Oh, and there are the government grants that religious bodies obtain, and the generous financial benefits to many religious schools, with reduced accountability (see the Sydney Morning Herald 13/10/2019).

It is not a matter of accepting a law to enshrine religious privilege, but ensuring  equality of belief for all. This, as the Ruddock Report states requires fair-minded revision of exemptions in current anti-discrimination legislation.

Why I wrote 'Freedom From Religion: Rethinking Article 18' Meg Wallace Article 18 of the Universal Declaration of Human Righ...